The Moekotte Engineering and Installation Group is a mid-sized engineering company within the fields of industrial IT, panel and module manufacturing and electrical engineering. Its customers include leading companies from across a broad range of industries, including those from the environmental, chemical, paper, food and pharmaceutical sectors, as well as water boards and utility companies.

The new CEO wanted a more structured and a forward-looking way of working after the transfer to a new generation of leadership. Moekotte had never really had an explicit strategy and after drafting the first version of a strategic plan themselves, they decided that they need external support to do it properly.

We are an operationally-driven company. We are used to putting the emphasis on operations, on getting things done, not on strategy. As a result, we had no clear focus and were mostly reacting to what clients were asking from us. Over the past 50 years, this has worked out quite well. However, with the growing competition and increasing customer demands, this is not the way forward. If we want to remain in business, we need to learn to think more strategically, create more focus, and become more proactive.

I had started to map our current strategy on my own by using Jeroen’s Strategy Sketch. This worked to some extent, but it didn’t become concrete enough and it didn’t get my people fully engaged.

If we want to remain in business, we need to learn to think more strategically, create more focus, and become more proactive.

I was looking for someone who would base their approach on a tool that can visualize and structure strategy development, like the Business Model Canvas or the Strategy Sketch. Furthermore, we needed someone who could really help us getting out of our execution- mode and make us reflect on what we are doing. Of course, execution is key, but I explicitly wanted to put that aside for a moment so that would focus on strategy only.

And finally, I wanted someone who could, on the one hand, provide clear guidance and direction, but on the other hand could also ask the right questions and listen well so that we could bring in our own viewpoints and ideas while shaping our strategy. We talked to other consultants as well, but Jeroen was best able to combine these requirements.

I felt that Jeroen was “on our side,” to put it like that. What I mean is that he thought with us about our strategy. He didn’t think for us and inflict his views on us, but he also didn’t leave it up to us to come up with a strategy. It was truly a collaborate effort.

Involving him and working this way has helped us in many ways, but two stand out. First, it gave us the structure to think and talk about our strategy so that we were sure we addressed all important details and at the same time kept the overview.

Second, by directly involving my people and letting them contribute actively, the strategy became theirs, which meant more commitment, and even fun. Everyone was involved. This was particularly helpful when we were turning the strategy into action plans for our departments. We couldn’t have done that without him.

By directly involving my people and letting them contribute actively, the strategy became theirs, which meant more commitment, and even fun. This was particularly helpful when we were turning the strategy into action plans for our departments.

Maybe not what you would think, but what first comes to my mind are our people. I mean the leaders and managers that were involved in the strategy process. At start of the process, Jeroen gave a two-hour training about strategy. By working on our strategy together in the months after that, I’ve seen my people grow. I firmly believe they are better leaders and managers now because of the process we have gone through. For the rest, the most obvious change is that we now have an explicit strategy for the first time and work in a more focused and directed way than before.

For the rest, the most obvious change is that we now have an explicit strategy for the first time and work in a more focused and calculated way than before.

We’re not 100% in execution mode anymore. While we still find it challenging, we reflect more and have more direction in what we do. Maybe the most important result of that is that we have learned what not to do and thus have stopped doing so. 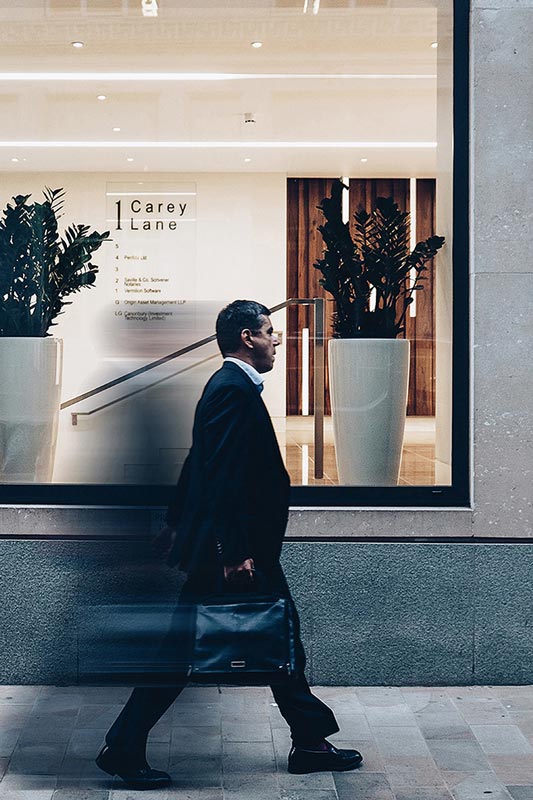